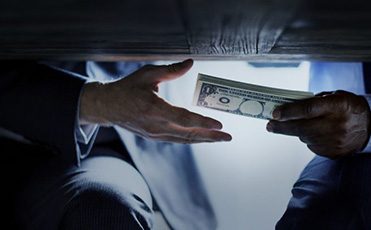 Sting operations are among the most complex of investigations that require all the evidence to be collected secretly and legally while adhering to the rules of the law. They often become necessary in cases where a covert operation is needed to catch someone in criminal, illegal or dishonest activity. The use of a quality and precision-oriented sting operation can always help catch someone red-handed, or gather a solid proof of evidence against malpractices or evil designs of any individual.

As an award-winning private detective agency, Sleuths India has a proven record at carrying out sting operations and collecting evidence and proof in the toughest of situations. We not only use the most sophisticated camera in the world which gives HD quality with data and time, but also use high-tech gadgets, microphones and other devices in our sting operations. We have done sting operations on a number of people and delivered excellent results to clients from across industry verticals.

WHEN TO HIRE SLEUTHS INDIA FOR STING OPERATIONS
Sleuths India can be trusted for covert operations for cases ranging from workplace crimes to property crimes, intellectual property theft, civil investigation, criminal investigation, domestic violence, drug abuse and so on. You can avail our services in a lot of cases and situations, including –

Evidence-based investigation from Sleuths India
Sleuths India is easily the best detective agency when it comes to sting operations as we’re a President Award winning private detective agency with over two decades of industry experience. We have the largest team of investigators with the former officers from the Army, Police, Intelligence Bureau, Research & Analysis Wing (RAW) guiding the operations.

If you want sting operation done on anyone hire Sleuths India and get the best of results, always!